This slow feed hay net is ideal for feeding an entire square bale. The Texas Haynet Square Bale Net helps prevent colic, founder, and ulcers by slowing down consumption to a natural pace. This bag eliminates clean up and keeps them busy longer. Perfect for the stall or pasture.

I highly recommend these nets. I use them in the hay basket. They are easy to work with and durable. Other brands get holes in them within days. My horses give these nets '2 hooves up' :)

I have a 23yo mare who makes a mess of loose hay in her Rubbermaid tub. But I need to keep weight on her, so I don't want to slow down her eating with small-hole nets. So the large 3.5 holes are perfect. I bought the small bale net, fill it with loose hay, and snap both ends to hooks in a 150-gal Rubbermaid tub. It's perfect. Thank you for a great product - I've ordered five more!!

Absolutely great. There is no wasted hay and the nets keep horses busy for a longer time enjoying their hay. Love these nets. Oh and easy to fill also

To Whom It May Concern: I love your hay nets! I have purchased at least five in the past month (all through Amazon). Three two string bales, one mini/donkey one bale, and one three string or two bales. Initially, I talked to a woman, Autumn, who works for Coastal Farm and Feed in Eugene, Oregon who said that Texas Hay Net is the best. Upon her recommendation, I purchased the first one; however when I went back to get another, they were out and have not received any additional ones. I was forced to buy three additional hay nets that were awful. Not only difficult to use, but my horses broke two of them! Then, of course, I went to Amazon, where you can probably get a grandmother if you want one, and I was able to order additional hay nets. Texas, of course. BTW, when I saw Autumn, I had the opportunity to tell her how much I appreciated her recommendation. She said that she’s had one for years, out in the sun, and it’s still in excellent condition. Tada. I am very happy with multiple hay nets. Also, I want to acknowledge one of your employees, Leslie, who answered my phone call and gave helpful advice in the best way to load the hay into the net. Kudos to Leslie. One last question, what’s the best way to close the hay net to eliminate the hole at the top to keep my miniature horses from eating from the whole. I am still figuring this out as I never took geometry! Thank you again for making such a great product. 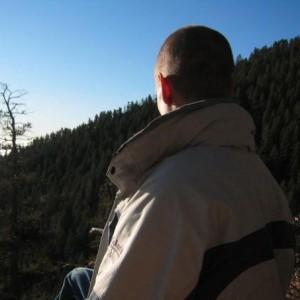 Decent product but one already damaged

I bought two of these to get my horses on continuous 24/7 food availability. The net size was good. They would alternate picking the hay out of the net and foraging on grass in the pasture. I've been filling the nets about every other day. I've had the nets for about three weeks. I would pull the drawstring tight then clip it around a fence post to keep the horses from dragging it round the paddock. I came out yesterday to find that the closing cord on one net had been broken - like pulled in half. I suspect that one of them had gotten caught it in somehow (who knows), panicked and pulled back. The netting itself appears to be repairable with a new drawstring. This is a good product but take my advice, rig it in such a way that your horses wont get themselves caught in it and shred it.